Start a Wiki
Mermalade is a Mermaid Zelf. Her birthdate is left ambiguous, as she is "older then goldfish but younger then starfish", her power is exploration.

Mermalade is a very relaxed, take life easy sort of girl. She loves to explore, especially the deep waters of... the fountain!

Mermalade can often be found relaxing or just surfing the waves!

Mermalade's body is half sky blue and half water blue, giving it the appearance of a bottle being filled with water. She has very light colored eyes and ears resembling the fins of a fish.

Around her waist is a white marking that resembles the waves crashing against shore. Her multiple shades of blue hair is very wavy, giving it the appearance of water also.

The Water Wave Fountain. It is a blue fountain that seems to be composed of three layers, the bottom-most being the largest while the top is smallest. Each layer is decorated with diamonds, while each middle of each layer has red gems and vines all over it with black closed flowers on them.

"It's a shore thing"

"It's shore to be an adventure!"

Third set on the first page 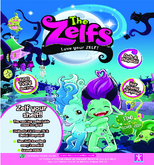 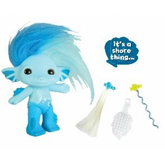 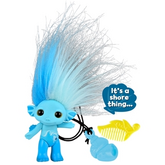 Add a photo to this gallery
Retrieved from "https://the-zelfs.fandom.com/wiki/Mermalade?oldid=4024"
Community content is available under CC-BY-SA unless otherwise noted.